Do What You Love.


As a kid I'd found a passion for building models and dioramas. I've already detailed those beginnings as an artist on a separate page, "My Portfolio Page - 1982 to 1992." By the time I was 17 years old all I wanted to DO was to make dioramas for a living. The Carnegie Museum of Natural History in Pittsburgh was only employer in the area for this skill. Truthfully, as a teenager I had fuzzy memories of the place as I had only been there a few times as a kid. However, a diorama of a Mandrill ape had stuck with me. As I began to figure out just wanted I wanted to DO with my life I had a chance encounter that connected the dots.

Some friends and I took a road trip to Poland, Ohio for the sole purpose of shopping at a gaming and hobby shop that dealt in game pieces used in Advanced Dungeons & Dragons. I was particularly eager to collect unpainted 25mm figures that I could then detail. Towards the end of high school I had a little trading system going. I'd trade a painted in detail figurine for unpainted ones. All I wanted was more and more of these miniatures so I could perfect how I painted them. Anyway, it was there that I saw my very first diorama for sale.

The idea to make a living creating dioramas had occurred at about the same time, so seeing them for sale caused a light bulb to go off over my head. I knew how long it took to make them, so I knew you'd only be able to do a few special ones at a time. I asked the clerk whether or not people made real livings doing this as I was trying to figure out how to do so myself. That was when it happened. In a very snide, and condescending way he said, "These are made by retired folks and only sell every once in a while. The only place that would pay people to do this are museums, and you'll not get a chance to do that. So. Good luck."

And that is the exact moment I desired to do just that. I could clearly see that mandrill diorama too as I made the connection. The journey from there to this page can be found on that link below. 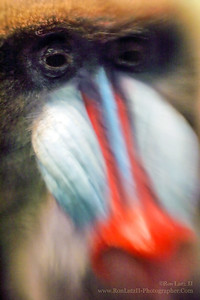 The Carnegie Museum of Natural History 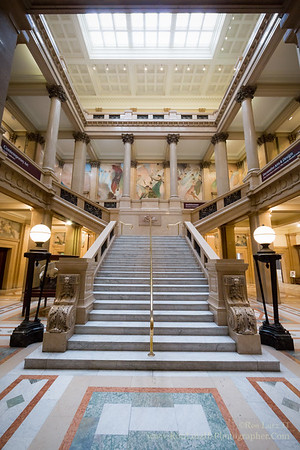 The Grand Stairwell of the Carnegie Museums

I recently traveled back to Pittsburgh and had a chance to share my love of the Carnegie with my 9yo daughter. Having spent 15 years working there I can honestly say that aside from some of the staff it's the building itself I miss the most. It has a very unique personality. I had the same feeling of "having come home" I get when I go to a relative's where I played as a child. I've dreamt of it often since leaving there in 2007 to become a stay at home father. While I have zero regrets about leaving my career behind to raise a child, it's marbled halls echo within me still. 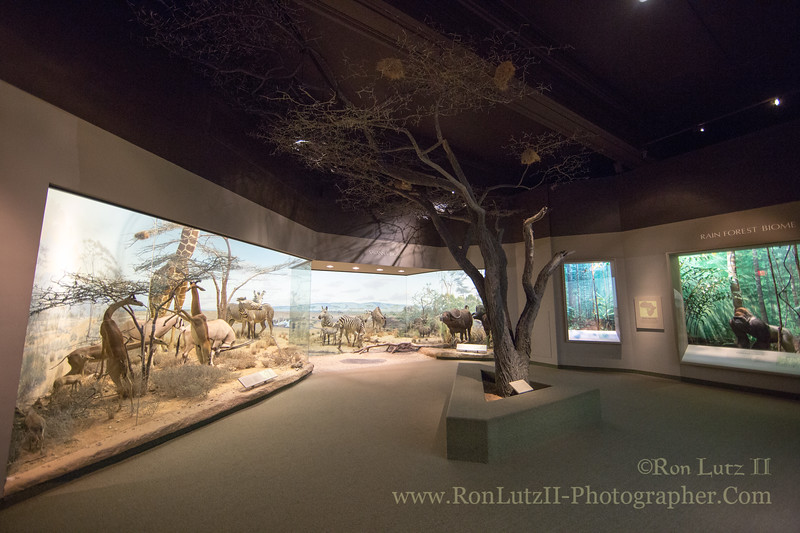 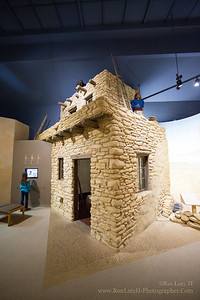 From Wikipedia, "In 1991, Apt flew on the STS-37 mission aboard shuttle Atlantis. He made two spacewalks with Jerry Ross, manually deploying the Compton Gamma Ray Observatory's radio antenna when it failed to do so automatically; on the next day their second spacewalk tested hardware later used on the International Space Station. During the second Extra Vehicular Activity the palm-bar in Apt's right glove punctured the suit. Apt's hand conformed to the puncture, filling the hole before any noticeable depressurization could occur. Apt was unaware of the puncture until the glove was examined after the mission. Despite being partially exposed to vacuum he only sustained a minor scar. In 1992, Apt flew on STS-47 aboard shuttle Endeavour as the flight engineer, and commander of one of the two shifts in this round-the-clock mission. In 1994, Apt was again a shift commander of the first Space Radar Laboratory mission, STS-59 aboard shuttle Endeavour. This lab studied the Earth. In 1996, Apt flew on STS-79 aboard shuttle Atlantis and visited the Russian Mir space station."

From the Stone Age to the Space Age


Towards the end of the 90s I was literally standing at a table making a pile of fake rocks when it occurred to me that I needed to retrain and learn some new skills. I'd seen a magazine focused on the exhibit industry and they'd talked about the new "computerization" of modern design and fabrication. With that in mind I enrolled in a night/weekend program at the Art Institute of Pittsburgh in their Computer Animation & Multimedia program. I knew exactly ZERO about computers going in but learned quickly as it was pretty straight forward stuff "back then." Suffice it to say that I learned a lot of new, cool stuff such as animation, video & audio editing, graphics production and an assortment of other things. Most importantly was learning how to build and use computers.

There was a certain, very grumpy older gentleman who'd always harass me about going back to school. "Why are you wasting your time? You'll NEVER use that stuff here," he'd grump at me. Honestly, I believed he was right so prepared to search for new work outside of the museum. Then they hired a new Director, Dr. Jay Apt and the museum literally rocketed from the Stone Age to the Space Age.

On his first tour of the actual exhibits on display he came to a large wall mural that depicted an earlier NASA project. It went on in detail about how "In the Future" something called Skylab would orbit the earth where it would be an amazing platform of discovery. Did I mention that this was in the later 90s that he was seeing this? Yeah, Skylab actually crashed to earth in 1979.

The irony of it all was when things overturned in the Exhibits Department and I was one of the few original staff members to remain. One day I found a formal memo to "Report to the Director's Office immediately." And that is how I had the opportunity to develop a new mulitimedia section. It was one of the most talented bunch of artists that I've ever had the pleasure to work with. It was an amazing time to work on innovative concepts in exhibit design. While not everyone liked all the new changes, and some concepts fell flat, we did create some really fun stuff that worked for it's time period and audience. 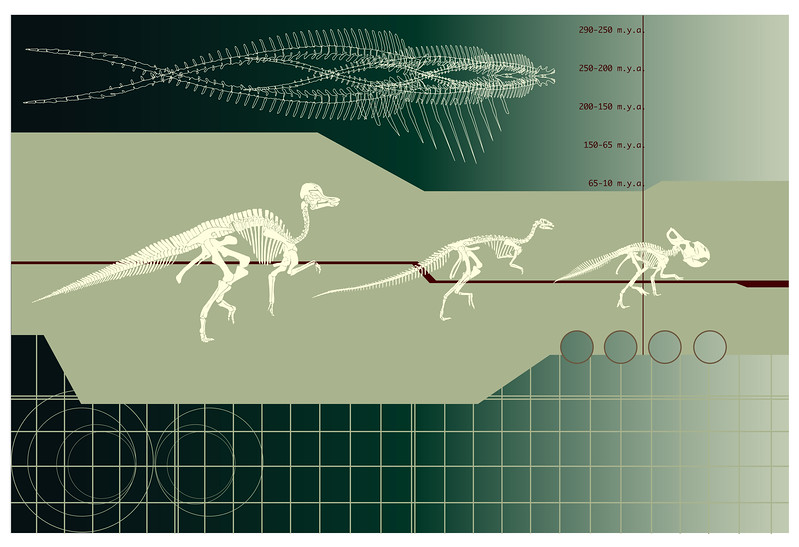 An Exapmple of the Clips Shown on the Robot

The End of the "Old" Dinosaur Hall

These two photo were taken nearly 100 years apart. To the left is an early photo of a guard soon after Dinosaur Hall opened. To the right is a photo I took of the last guards to watch the hall before being completely taken down and replaced.

Projects Highlighting the Research of the Scientific Staff

Why I Left My Career Behind


In 2003 I bought my very first digital SLR camera body, a Canon EOS 10D. It arrived in the mail the day before I went on a trip to Maui. Little did I know how this purchase was going to change my life. The entire rest of this site is the result of that awakening. You see, while I'd been in the "arts" since I was a child I honestly never felt like an "Artist." On that trip to paradise I discovered that everything I'd learned as a "professional artist" gelled when I looked through that lens.

It became my total passion.

Then I met my wife. We eloped and had a child eleven months later. I became a stay at home parent and began the most formative and rewarding decade of my life. Having had this incredible chance to have a wife and child, and being able to raise her together, is now who I am.

I've not been idle though, as this website attests to. I've honed and perfected my craft and am so grateful to be able to do so. I don't waste time these days.

Becoming a Stay at Home Father - Best Descision of My Life

My wife's been away on business having left the very next morning after our vacation (which really sucks but it's our life). This has meant the kid an I have been spending a lot of time together. Although I shot this at the Carnegie Museum of Art while we were in Pittsburgh, it captures what I have to say about being with her. Being her father is the simply the most amazing thing I have ever done. Last night after dinner we spent a good bit of time outside. First we played tennis in the driveway, hitting balls off the closed garage door. She then scootered while I walked and we went to the playground at the schoolyard about 1/4 of mile from here. After that we watched a Mystery Science Theater 3000 episode, "Manos: The Hands of Fate" while she took a bath and I just relaxed. As I sent her off to school she was shuffling around like the crazed Torgo. She's just such a clown! I'm a very lucky man.